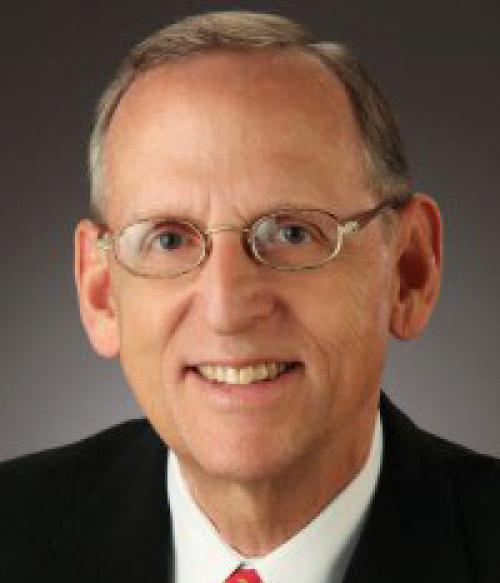 Charles Ashby Lewis is Chairman of the Lewis-Sebring Family Foundation and Managing Partner of Coach House Capital, his family office. He is a retired Vice Chairman, Investment Banking, of Merrill Lynch & Co., having worked for it and a predecessor from 1970 to 2004. Chuck was Assistant to the President and CEO of Computer Technology, Inc., in 1969-70, and served in the US Army from 1966 to 1969, attaining the rank of Captain.

He was a member of the National Finance Committees for both Obama presidential campaigns and has authored numerous commentaries he calls Obamagrams. He has also authored PetePosts and BidenBriefs. He was a member of the board of directors of OneGoal and Independent Maps of Illinois and was a trustee of the Ravinia Festival.

Chuck is married to Penny Bender Sebring, Ph.D., a Senior Research Associate at the University of Chicago and the Co-Founder of the UChicago Consortium on School Research, a principal component of UEI. They have three children and five grandchildren.

Chuck and Penny have jointly received the key to the City of Evanston (IL) and awards from the Evanston MashUp; the McGaw YMCA; the Second Baptist Church of Evanston; the Golden Apple Foundation; and OneGoal. Chuck also received awards from Amherst College; The Chessmen Club of the North Shore; and The People’s Music School of Chicago. He is a member of the Shaker High School (Latham, NY) Sports Hall of Fame.